5 reasons you haven’t had that ‘Big Break’ 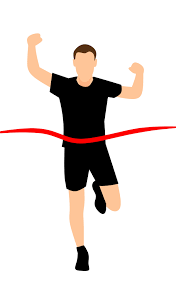 1. You don’t have a clear definition of what success looks like

To get to where you want to be you have to know where you’re going. What will success look like? It’s different for everybody. Some people measure success by financial gain, others by the amount of creative freedom they possess and other by the number of lives impacted. Maybe for you, it’s all three of these. But one thing is for certain. Without first identifying your destination, you’ll never know when you’ve arrived. Without clarity, we become unable to act, frozen in a state of fixation. So write your goals down, revise them when necessary and revisit them often.

Many of us want to see results before we’ve put in the necessary work. It’s actually more logical than it sounds. Humans instinctually invest their time and money into areas of high reward but one thing that all success stories have in common is the risk of failure. Without risk, there is no reward. Sure you can continue sitting around waiting for your dreams to spontaneously drop out the sky or you can wake up, take action and turn them into a reality. No one is going to do all of the legwork and give you all of the credit (at least not yet). I know what you’re thinking, “that’s easier said than done…isn’t it?” Believe me, it is, the key is staying motivated. Here’s a powerful tip that I use: determine the type of rewards you seek to gain, these are distinctively unique to the individual. Some people seek acknowledgement, others are playing a numbers game, many seek a trophy or plaque of some kind as physical proof of their accomplishment. This all ties back to step numero uno, know what your destination looks like inside and out. Once you know where you’re going you can utilize even small gains as motivation to continue pursuing your dreams with an unyielding passion and a concentrated determination. Consistency is key.

3. You’re driving in more than one lane

Nobody is good at everything. Lebron James probably isn’t very good at biochemistry but that’s okay because he isn’t a biochemist.  Success is achieved through specialization. Whatever you spend your time doing every day is what you’ll get good at and eventually master. The 10,000-hour rule, popularized by Malcolm Gladwell, rings very true. It takes dedication, practice and consistency to excel at anything. Hone in on what it is that you want to accomplish, write it down, and strategize your time daily in a way that effectively gets you closer to your dreams.

Humility is a common human characteristic in truly successful people. Pride is blinding and can derail you. The next time you’re in a room with people you admire take a mental note of how much talking you’re doing in comparison to them. Successful people know that they can learn from anything and anyone and are usually very acute listeners. You can’t learn anything if you aren’t listening and you can’t listen while talking so shut up and humble yourself long enough to gain insight and wisdom from those around you.

5. You’re not being a team player

Even the smallest things have smaller components. Take a grain of brown rice for instance. One grain is composed of several distinct minerals. Don’t believe me? Do a quick google search for “brown rice minerals,” I told you. There’s a famous saying that “it’s not what you know but who you know.” This saying is partially true, it’s both. Knowing the right people and getting them to like you can greatly accelerate your progress towards any goal. Being likeable starts with having a positive mindset, being genuine and easy to work with, and complimenting others on a job well done.